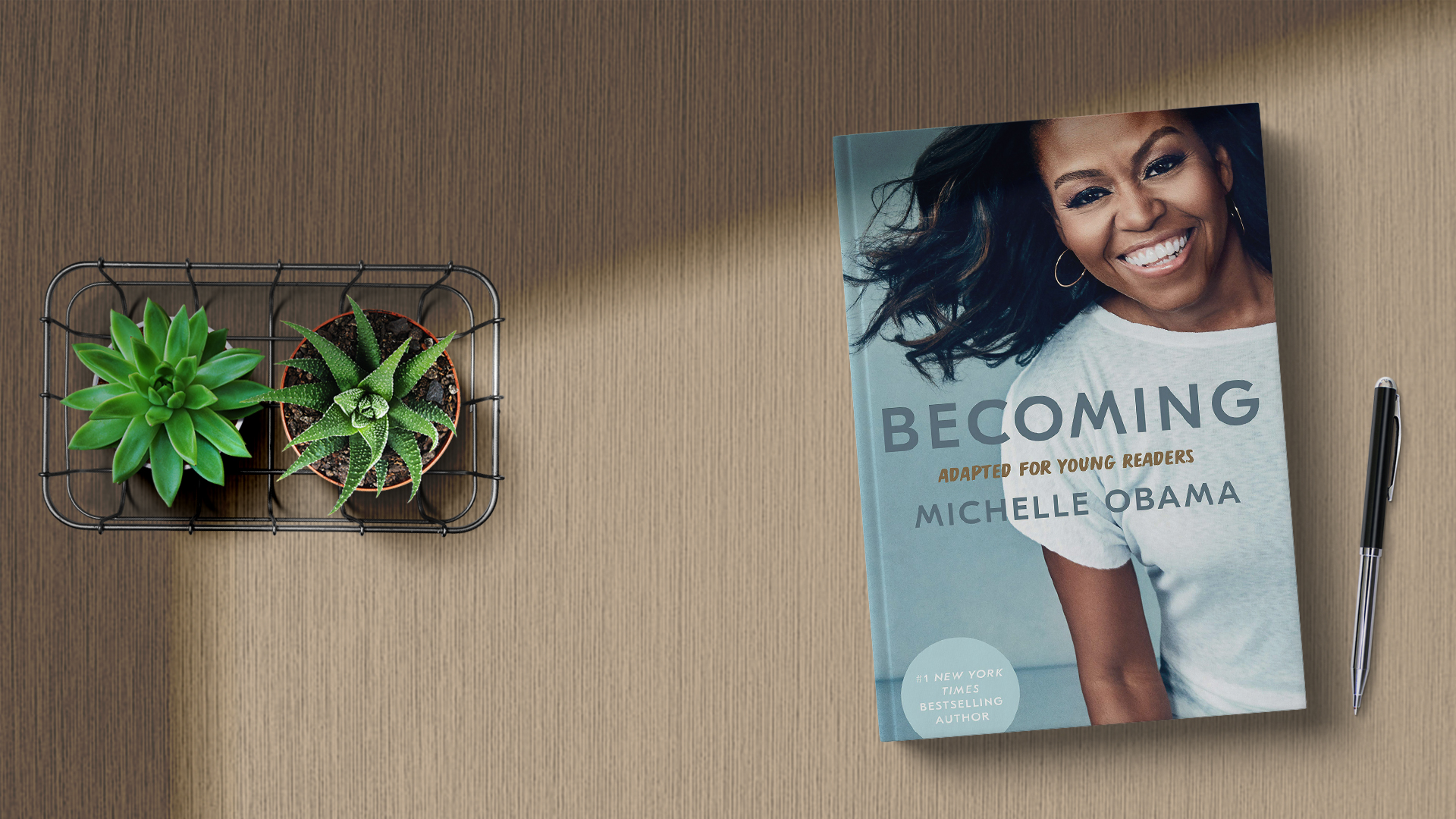 Michelle Obama talks about her life, her experience in the White House, and America's future after 8 years as First Lady.

Michelle lived on the South Side of Chicago in the 1960s with her parents and brother, Craig. Her parents rented a second-floor flat in her great-aunt and uncle's home. Her dad was diagnosed with multiple sclerosis when she was a kid.

Michelle began learning to play the piano when she was four years old, thanks to her great-aunt, a piano instructor. She froze during her first major piano concert since she wasn't used to playing on a large, beautiful piano. Thankfully, her aunt appeared on stage and correctly directed her.

She was raised in a mixed-race, middle-class neighborhood. She had a very horrible teacher in second grade, and she complained to her mother about it. She was permanently reinstated in an ordered third-grade class after a few tests.

Many of her neighbors gradually began to relocate to the suburbs. Her family paid a visit to an old neighbor at their new house one day. When they got back into their car, they saw damage on her father's cherished Buick. His automobile had been tampered with.

Michelle got more pleasant as she grew older. She would go with her family most Sunday afternoons to spend supper with her father's parents and three younger siblings.

"How come you talk like a white girl?" her cousin inquired one day. Her parents instilled in her a strong desire to communicate with perfect diction. This was the first time Michelle didn't feel like she belonged.

Michelle has seen the value of having a tight and lively group of girls since she was young. She was a member of Bryn Mawr's gifted and talented program when she was in school, and she fought hard to stay at the top of her class.

She went through the typical adolescent stages of experiencing her period, crushing on guys, and growing apart from her parents. Her mother had always been a stay-at-home mom. Still, she returned to work as an executive assistant at a bank when Michelle began high school.

Michelle was accepted into Chicago's first magnet high school. During the first month of her senior year, she wondered, "Am I good enough?" She worked hard in class, and her confidence rose as her grades improved.

Michelle's parents sent her on an optional school trip to Paris despite being financially strapped owing to her brother's college expenses.

During her senior year, Michelle went to her guidance counselor, who told her flatly that she "didn't think she was Princeton material." But Michelle was driven, and she used the counselor's doubt as fire. She was accepted at Princeton a few months later.

Michelle had a boyfriend in her senior year of high school, and they had to figure out what to do next when she headed to Princeton. She informed him that she didn't believe it would work out as soon as she got to school.

Princeton was predominantly male and white. In her freshman class, black students made up fewer than 9% of the total. She did, however, learn to adjust. It was possible, but it needed a lot of effort and extra self-assurance. The most important thing she learned in school was that there are many different ways to be.

Michelle learned to be realistic and hard-edged when it came to time and money as she grew up. Michelle took the LSAT and applied to the greatest legal schools in the country when it came time to determine what to do next. She attended Harvard Legal School and went on to work for Sidley & Austin, a Chicago law firm, following graduation.

A senior partner approached her one day and asked whether she might supervise a new summer associate, Barack Obama.

Her role was to ensure that he enjoyed his work, that he had someone to turn to for assistance, and that he felt linked to the rest of the team. They became fast friends, and Barack took her out on a date a few months later. She first refused, fearing for her work, but she soon couldn't stand it any longer.

They barely spent a month together before Barack had to return to law school, but it was enough time for them to become profoundly in love. When Barack returned to school, they talked as much as possible, and their emotions were consistent and predictable.

Michelle spent Christmas with Barack in Hawaii, where she met his half-sister, grandparents, and mother. They spent their time there talking about what sort of house they'd like to reside in and what kind of parents they wanted to be eventually.

During Barack's summer vacation from school, he moved into her apartment, where she still lived with her parents. Throughout this period, Michelle recognized she no longer wanted to be a lawyer. Barack's intelligence and drive, she thought, may easily consume hers. She made the decision to seek new employment.

Her father's health was worsening at the same time. The family eventually persuaded him to consult a doctor, and the results were dismal. He died soon after suffering a heart attack.

Barack completed law school and returned to Chicago. In a posh restaurant one night, Barack proposed to Michelle, slipping a ring box onto a dessert plate.

Barack and Michelle were married on a bright October Saturday in 1992, surrounded by family and affection. Barack began working at Project VOTE! soon after. That led to efforts to register new voters in states with historically low minority turnout.

Michelle started a new career as the executive director of Public Allies. It's an organization that recruits outstanding young people, trains them, and places them in a paid ten-month apprentice role inside community groups and government agencies.

Michelle abandoned Public Allies to become an associate dean at the University of Chicago when Barack was elected to the Illinois Senate in 1996. They started trying to conceive soon after. They turned to in vitro fertilization after months of trying and one terrible miscarriage.

Natasha Marian Obama, their second daughter, was born a few years later, on June 10th, 2001. Michelle accepted a position as executive director of community affairs, while Barack continued teaching and serving in the legislature.

After that, Barack ran for and was elected to the United States Senate. He began to spend most of his time in Washington, DC, while Michelle lived in Chicago. People immediately questioned Barack's decision to run for president.

Michelle wanted him to be with his family at home, while the rest of the country wanted him to be in the White House. She eventually consented to let him run, despite her firm belief that he would lose.

Campaigning was exhausting, and Barack traveled throughout the country to spread his message. Michelle began campaigning on her own, giving speeches at bookstores, union halls, front porches, and parks. Winning the Iowa caucuses instilled optimism in the forthcoming election.

The lobbying persisted, and they gradually learned to live more openly. Michelle had to be extremely careful about what she said since the press could use it against her and Barack.

Michelle was emotionally exhausted. She was drained. Michelle hired a scheduler, a personal aide, and a communications consultant in the campaign's closing weeks to help her hone her message and appearance.

Michelle and Barack Obama headed to the polls early on Election Day with Sasha and Malia. They gathered with a small group of friends and family to watch the election results. At exactly ten o'clock, the networks declared that Barack Obama would become the United States' 44th president.

For incoming First Ladies of the United States, there is no guidebook. Michelle felt distinct since she was the first African-American First Lady to visit the White House.

They were considered representatives of their race since they were the first African American family in the White House. Any blunder or error in judgment would be amplified. As a result, they were cautious.

They picked a school for their girls, relocated to the White House, and made DC their home. When Barack was president, life was more ordered than when he was seeking a greater position. Despite his busy schedule, he always found time for family gatherings.

Michelle started gardening for a public dialogue about nutrition and challenged the food and beverage industry's companies. Michelle planted fruits, veggies, and herbs with the aid of a local fifth-grade class.

Barack accompanied Michelle on a beautiful trip to New York City one night, where they had dinner and saw a play. It had been months, if not years since they had had a night off. The Republicans, on the other hand, chastised Barack for having a night off, and Michelle felt awful about the extra work the White House employees would have to do.

Michelle's garden, on the other hand, was flourishing. They prepared their own fruits and vegetables for supper in the White House. They donated a large amount of food to a local homeless shelter.

Michelle decided to focus her efforts on teaching children how to think differently about food and exercise from a young age to help them develop into healthy adults. Let's Move! is her initiative. The goal was to put a stop to the pediatric obesity pandemic in a generation.

They partnered with a variety of nonprofits and food providers to build 6,000 salad bars in school cafeterias. Congress recently enacted legislation to boost children's access to healthful, high-quality food in public schools and increase reimbursement rates for federally subsidized food.

She also developed a leadership and mentorship program in the DC region for sophomore and junior females. They got together once a month for casual discussions, field outings, and workshops on topics like financial literacy and job selection.

Michelle was a stickler about her friendships. She distinguished who her actual friends were and who were simply attempting to befriend her for ulterior motives. She brought her closest friends to Camp David for a weekend of reconnecting and recharging every few months.

The White House was jam-packed, and it was soon time to campaign for Barack Obama's re-election. Barack Obama was re-elected.

Five weeks later, a shooter opened fire at Sandy Hook Elementary School in Newtown, Connecticut, killing 20 children and six adults. As gun violence increased in the United States, Michelle fought back against the stereotype that America's being a black urban youngster equaled failure.

Michelle enjoyed making commencement speeches and usually delivered the same message. She was aware of invisibility and was aware that it might be overcome.

Michelle enlarged her garden before leaving the White House, adding stone walkways, wooden chairs, and space for additional plants. She thought about everything that had been done in the past eight years:

Michelle saw development, compassion, and the thrill of seeing the unseen become visible throughout her time as First Lady. She is now at a fresh beginning, a new stage in her life. She has no plans to run for office at any point in the future.

She wants people to come in and invite each other in. She encourages us to celebrate our similarities. Allowing yourself to be recognized and heard, embracing your unique narrative, and speaking with your real voice all have power. It takes grace to be willing to learn about and listen to others. That is how we develop.