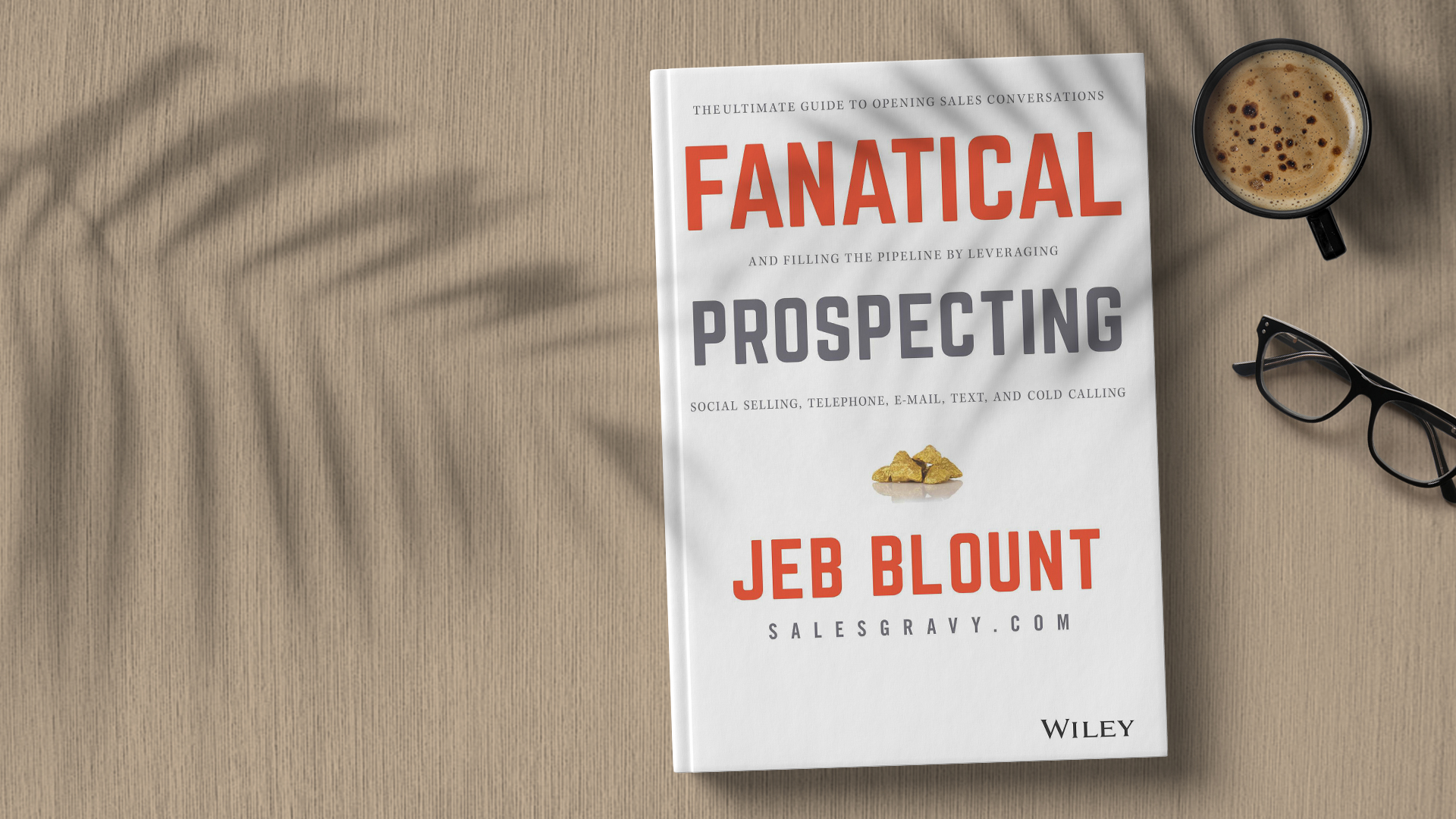 There was a lot of excitement once Twitter, Facebook, and LinkedIn emerged on the scene that the sales profession would be permanently transformed. A salesman would not have to pick up the phone and make cold calls to prospects again. After all, don't such old-school sales techniques no longer work? Incorrect.

Because so many of your rivals are pursuing the newest bright shiny thing, Jeb Blount is here to remind us that not only do the same strategies that have always worked still create results, but they may yield even more today.

Follow us for the next 10 minutes as we look at how the world's finest salespeople are still obsessed with prospecting and how you can learn from their example to get greater outcomes.

Sales superstars understand that the road to success is straightforward. Of course, it isn't simple; else, everyone would be doing it.

The world's finest salespeople understand that keeping their pipeline filled at all times is the key to sales success. And the only way to accomplish so is to turn over every rock in search of fresh opportunities.

This is a straightforward mentality that makes all the difference. They don't moan, they don't make excuses, and they don't postpone. They simply continue to work until the pipeline is completely full. Then they go back to work.

Every salesman who has worked for more than a year knows that a wet day is inevitable. No matter how wonderful your estimates appear, something will always go wrong and derail your strategy.

Failure in sales is as easy as having an empty pipeline due to a lack of prospecting. This brings us to the following part.

The 7 Mindsets of Fanatical Prospectors

Blount has spent a lifetime studying the top salesmen globally and has discovered that seven attitudes lead to a full pipeline and a large commission check.

Adopting these 7 attitudes is the first and most crucial step in becoming a Fanatical Prospector.

The 3 Ps that Are Holding You Back

Why don't all salespeople adopt the attitude of the world's greatest salesmen? The 3 Ps come in the way for most ordinary and poor sales reps.

Procrastination is the first P. It's easy to put prospecting off until tomorrow. Prospecting, after all, is one of those tasks that are vital but not urgent.

You are unlikely to feel the ache of a missed prospecting day for several weeks. Then you'll put it off another day because you have a major pitch later this week, and by the end of the week, you won't have done any prospecting. Every day, the top salesmen in the world conduct a little prospecting.

Perfectionism is the second P. The dread of failing as a salesperson is enormous.

As a result, many salesmen believe that they must polish their email or voicemail script before reaching out. The CRM, on the other hand, may need a nice spring cleaning. The top salespeople in the world understand that the optimal moment to call their prospect is right now.

The third P stands for Paralysis (from analysis). You've probably heard it before, but it's worth repeating. You may think about all of the possibilities you're likely to encounter in a sales position for the rest of your life, but that won't fill your pipeline. It's about getting started and doing your best.

As a salesman, you aim to complete as many sales-generating tasks as possible during the Golden Hours.

The Golden Hours are when you're most likely to make direct contact with your prospects, whether by phone or email. These hours vary by industry, but they often include early in the morning and between 4 and 6 pm, when your prospects are closing up their day before heading home.

The greatest sellers schedule these appointments and make them non-negotiable. Prospecting is more vital than anything else during the Golden Hours, no matter how urgent other duties may appear to be at the moment.

Horstman's corollary asserts that much as Parkinson's Law indicates that work tends to fill the time assigned to it, work tends to compress within the time allotted. If you set a target for yourself to make a certain number of sales calls in a certain length of time, you'll discover that you can do this.

So, no matter what business you sell, this is your aim. Blount claims that if you set out an hour a day to conduct 25 to 50 telemarketing calls and another hour for email and social prospecting, you'll have a full pipeline.

Shut down your email, avoid your coworkers, and take whatever steps are necessary to ensure that no one disrupts your Golden Hours. Now that we've got you blazing through them let's speak about what you should be doing when working your prospect lists.

The 4 Objectives of Prospecting

There are just four possible outcomes to consider while making prospecting calls. When reaching out to a prospect, one of these four outcomes should be on your mind.

While one of the first three objectives we've already discussed will most likely be your primary goal, a secondary goal will be to bring your name and firm in front of your prospect.

Now that you've blocked off your time and set an aim, it's time to talk about what occurs on the prospecting calls.

“Everybody has a plan until they get punched in the mouth," Mike Tyson famously stated. The most successful salesman learns to deal with rejection. Various instinctive responses, brush-offs, and objections will be leveled at you.

The only way to control your emotions is to develop a strategy for dealing with them as they arise.

The brush-off is the second type of rejection you're likely to receive. It's all about avoiding conflict: the prospect doesn't want to say no, so they say things like "get back to me in a month" or "can you email me some information?"

The objection is the last and most honest rejection. It usually includes a "because," such as "now isn't the best moment since we recently signed a contract with a new vendor."

While there may appear to be a thousand different ways for prospects to reject you, the majority of them will fall into one of the following six categories:

Blount introduces us to the RBO Turnaround Framework: Anchor, Disrupt, and Ask.

While your reptile brain deals with the knowledge that you've just been rejected, the Anchor provides you a chance to settle down. If your prospect answers "I'm busy," for example, you may respond, "That's precisely why I phoned."

After that, you'll go on to the Disrupt component. "I anticipated you'd be busy," you can add, "so I'd want to pick a time that's more convenient for you." This throws off the prospect's routine and forces them to choose a more convenient time.

Finally, you return to the room for the Ask. "How about we meet together next Wednesday at 3 pm instead?" you can suggest.

You'll never be tongue-tied on the phone again if you've prepared an Anchor, Disrupt, and Ask response for each of the six potential objections you could receive.

It's important to act quickly now that you know Fanatical Prospecting is the secret to sales success.

I'd wish you luck, but I don't believe you require it.