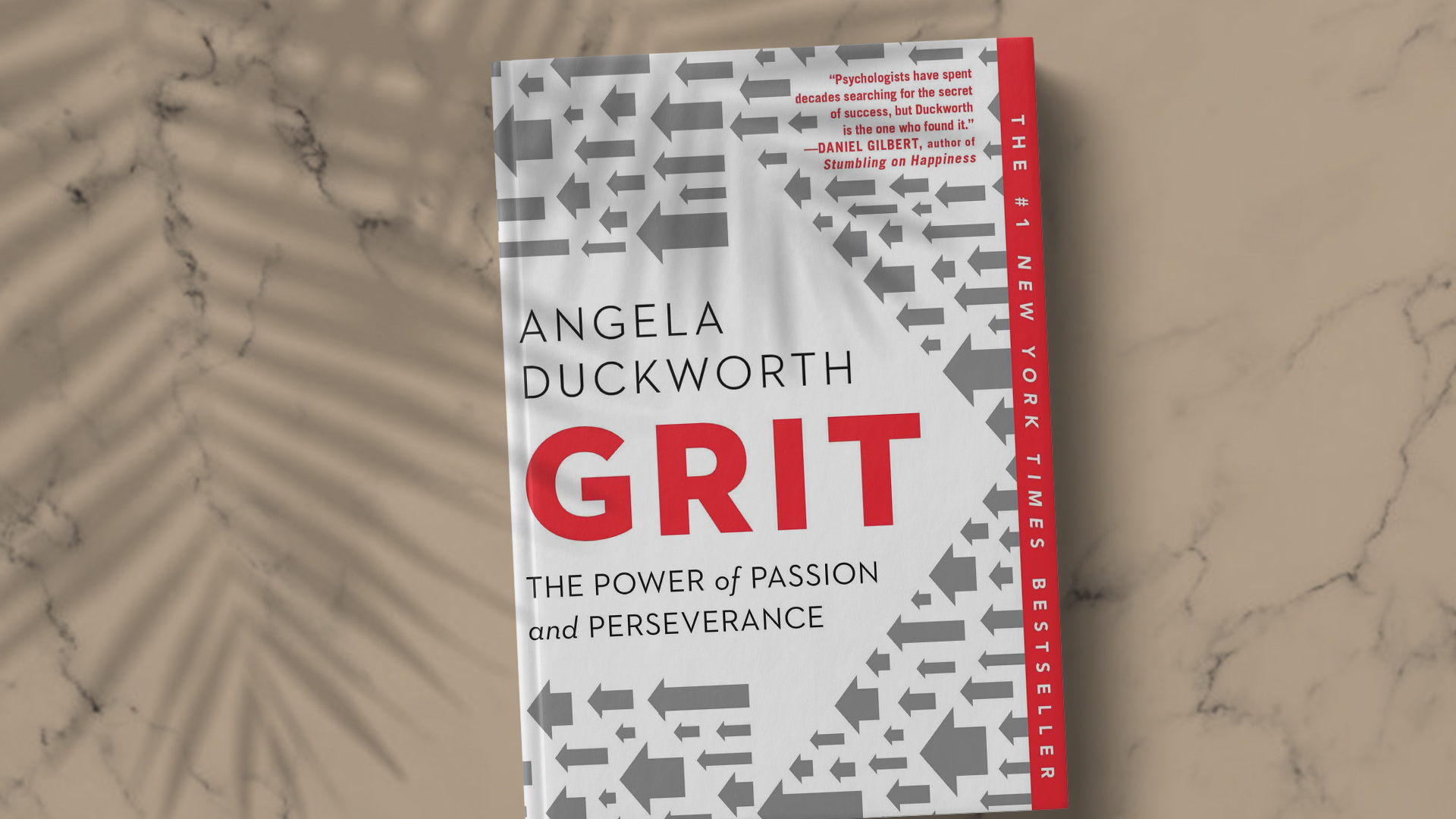 When we look at the world's most successful people in any field, it's tempting to believe that they were born with some supernatural ability that the rest of us lack.

However, such an argument is insufficient to explain why some individuals are successful while others are not.

According to Albert Einstein, "It's not that I'm so smart, it's just that I stay with problems longer."

Angela Duckworth argues in her book Grit that the difference is a mix of enthusiasm and perseverance, or grit, as she puts it.

For the next ten minutes, join us as we learn what grit is and why it may be the difference between success and failure in life.

To graduate from the United States Military Academy at West Point, you must first endure Beast Barracks, a seven-week training regimen to separate the wheat from the chaff.

The Whole Candidate Score is calculated as part of the West Point admissions process. It's a mix of SAT scores, high school rank, leadership potential assessments, and physical fitness tests. Its goal is to discover persons who will excel at West Point.

Duckworth discovered, however, that the most critical criteria in West Point admissions didn't dependably predict who would make it through Beast. Those with the highest Whole Candidate Scores were exactly as likely as those with the lowest to drop out.

Duckworth had a hunch based on his research of the world's top performers in various fields: high achievers were unique in two respects.

She put her theory to the test by developing the Grit Scale and administering it to West Point recruits. It turned out that it was quite accurate in predicting who would make it through Beast and who would give up.

She was so encouraged by the results that she investigated other areas to see whether they might predict success in any subject. Yes, it did. It projected who would stay in sales and who would go.

The more grit you have, the more successful you will be in practically any field.

Dan Chambliss is a sociologist who finished "The Mundanity of Excellence," a study of professional swimmers.

He discovered that the most amazing human achievements are the sum of countless separate pieces, each of which is ordinary on its own. He concluded that greatness may be attained regardless of one's initial level of skill.

Duckworth finally devised two basic equations to try to describe how one progresses from talent to achievement:

She defines talent as the rate at which your talents grow when you put out the effort. When you put your newly gained talents to work, you achieve success.

Will Smith, a Grammy Award-winning artist and Academy Award nominee, agrees. He doesn't think of himself as a very gifted person. He says his "ridiculous, disgusting work ethic" is where he succeeds.

Here's how he portrays his meteoric rise in the entertainment industry:

"The only thing that I see that is distinctly different about me is: I'm not afraid to die on a treadmill. I will not be outworked, period. You might have more talent than me, you might be smarter than me, you might be sexier than me. You might be all of those things. You got it on me in nine categories. But if we get on the treadmill together, there are two things: You're getting off first, or I'm going to die. It's really that simple."

Duckworth finds that many of us abandon projects much too frequently and far too soon. Even more essential than the work put in on a single day is that they wake up the next day and the next, eager to go back on the treadmill and keep going.

Effort matters twice as much to become the best you can be.

How Gritty Are You?

We'll now use the Grit Scale quiz to determine how gritty you are.

Answer one of the following questions for each of the questions below:

Let's get this party started:

Let's see what you got:

Divide the total number of points by ten. The highest score is five (very gritty) on this scale, and the lowest value is one (not at all gritty).

You've probably picked up on a few things about the quiz. They begin by examining the two elements of grit: passion and perseverance.

Second, the questions concerning enthusiasm didn't ask how dedicated you are to your objectives. That's because virtually all top achievers will tell you that the most important factor is consistency over time. It is normal to see people who are enthusiastic about something. Endurance is a precious commodity.

It ultimately boils down to this. Grit can maintain a long-term focus on a single high-level goal.

The good news is that no matter where you are now on the grit scale, you can improve with time. This comes as a comfort to most people because determination appears to be hardwired into your DNA.

There are four components to increasing your grit.

The first is to be enthusiastic about what you do. This is true for a variety of reasons.

But how can you figure out what you genuinely care about?

Duckworth discovered that most of the people she interviewed for the book spent years pursuing many hobbies before settling on the one that eventually consumed all of their waking thoughts.

So don't expect your desire to hit you like a bolt of lightning. You'll have to try many things until you find anything that makes you feel alive from the moment you get up until you go to sleep.

If you haven't yet discovered your passion, begin by observing what fills your mind throughout the day. What do you like to do with your free time? Is it something you could picture yourself doing for the rest of your life?

You're now ready for a lifetime of "deepening" after you've discovered it.

This leads us to the following point...

People that are the most successful and hardworking practice more than their less successful counterparts. This isn't unexpected, given how much they like their work.

You've definitely heard of Malcolm Gladwell's 10,000-hour rule, which he popularized in his book Outliers. It was based on Anders Ericsson's research on how specialists develop world-class abilities throughout his career.

Ericsson's study reveals that specialists practice differently than the rest of us, not merely for longer periods. People with grit are motivated not just by a desire to spend a lot of time doing what they love but also by continually improving at what they love.

Here's how they go about practicing:

According to the world's best performers, this type of practice is taxing. They can usually only practice for an hour at a time and just three or four hours a day.

Take a look at how you're presently putting your skills to use. Where can you improve? Are you just going through the motions, or are you putting in the effort to achieve your objectives?

One method to keep your passion alive is to be interested in what you do. Another is to give your job a bigger purpose than yourself. Hardworking people rely on both, not just one.

"What are you doing?" three bricklayers are questioned.

The first bricklayer has a job. The second is employed. The third is on a mission.

Duckworth offers three alternative approaches to cultivating meaning in our lives, regardless of where we are in life.

To begin, consider how the work you're now doing may constructively contribute to society. There is a deeper purpose to be discovered in practically any work.

Second, consider how you may alter your present employment to strengthen your connection to your essential beliefs. Find little methods to make changes to your work that will offer you more (or even some) delight.

Third, you might seek a meaningful role model - someone who motivates you to be a better person.

People with grit believe that tomorrow will be better than today. That today's failure will turn out to be tomorrow's triumph.

"What doesn't kill me makes me stronger," Nietzsche famously stated.

The world's toughest individuals understand that if they keep looking for answers to their difficulties, they will eventually discover them.

Carol Dweck, a colleague researcher, refers to this approach as a development mindset.

A growth mindset, according to Duckworth, leads to hopeful methods of understanding adversity (positive self-talk). It leads to perseverance and seeking out difficulties that will make you stronger in the long run.

By the way, positive self-talk isn't about staring yourself in the mirror and telling yourself how great you are like Stewart Smalley. It all comes down to paying attention to what you tell yourself when you're in a scenario where you're failing. The best way to approach any failure is to see it as a temporary setback that you can influence by adopting a different strategy next time.

The amount of grit you bring to the table will play a big role in getting you to where you want to be in life. Follow the advice in this book.

﻿You'll be well on your way to developing the mentality that will allow you to put in the effort necessary to excel at something you like.