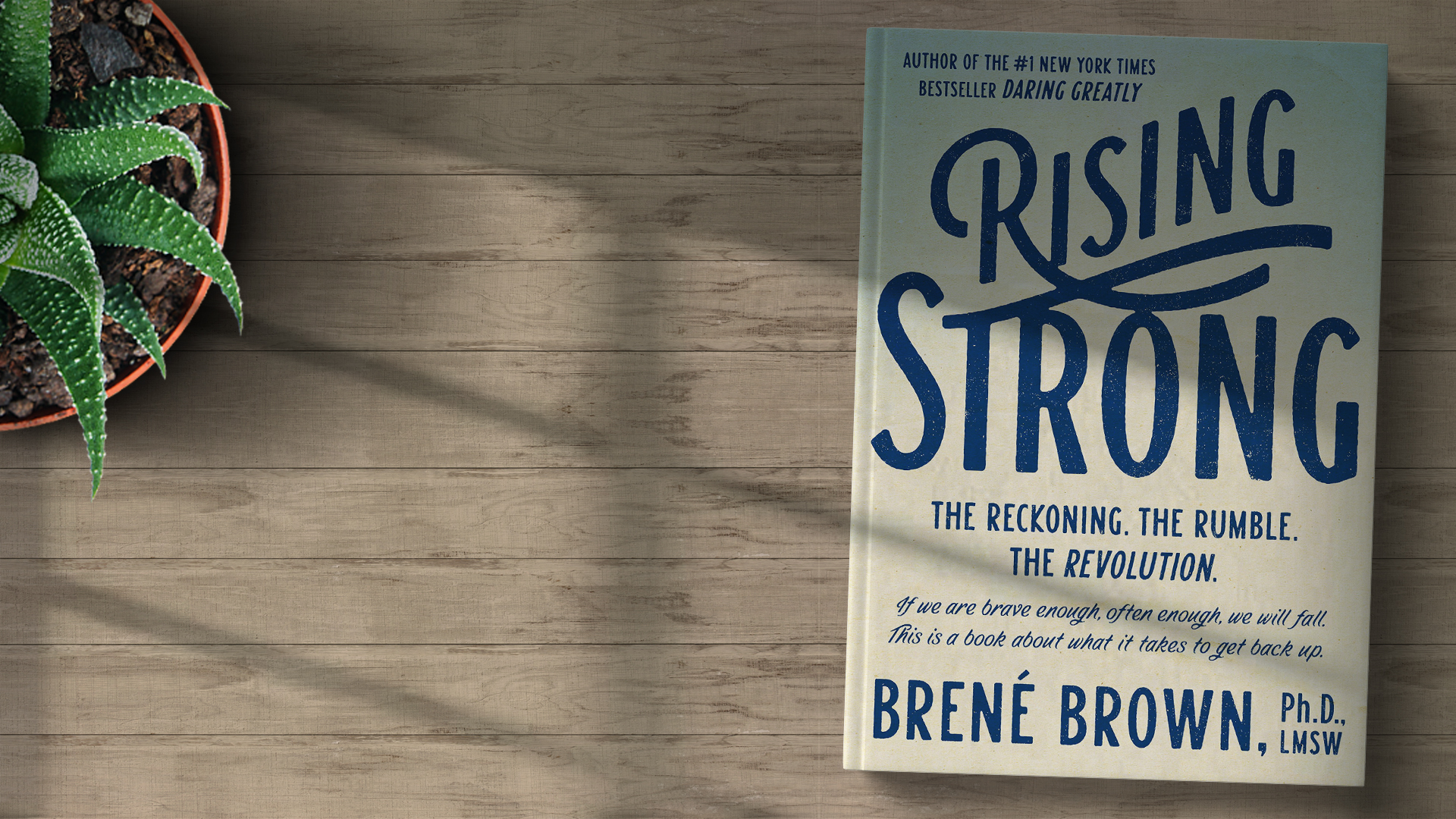 You are almost guaranteed to fail, and you are almost certain to fail many times and in many different ways. Perhaps you'll disappoint a key customer. Perhaps you'll make a blunder with a critical personnel problem. Maybe that new project you started will take off like a rocket. I could go on and on.

So, if we're all bound to fail in some manner as people trying to make a difference in the world, why are we so poor at coping with the emotions that come with it?

With this overview of Rising Strong, we'll look at that issue. Over the next 10 minutes, accompany us to discuss what to do when we fail and how to rise back up stronger than before.

The Rules of Engagement for Rising Strong

You've undoubtedly seen or heard Theodore Roosevelt's "Man in the Arena" speech before, but it's worth repeating:

"It is not the critic who counts; not the man who points out how the strong man stumbles or where the doer of deeds could have done them better. The credit belongs to the man who is actually in the arena, whose face is marred by dust and sweat and blood; who strives valiantly; ...who at best knows, in the end, the triumph of high achievement, and who at the worst, if he fails, at least fails while daring greatly."

Brown derived the basic principles of emotional physics from this quote: simple but profound facts that help us understand why bravery is transformational.

These are the ground rules for rising strong.

Brown claims that one of the things holding us back - as a culture - is our propensity to "gold plate grit." This simply implies that we accept that failure is a positive experience while ignoring the pain, anxiety, and uncertainty that it may bring.

We enjoy hearing about individuals rising back up after being knocked down. Steve Jobs being fired from Apple and then returning to salvage the company is a fantastic example. But we don't spend nearly enough time discussing the real emotional costs of failure.

As Brown points out, the true badasses aren't the ones who overlook the terrible consequences of failure. The real badasses are those who fall down, get back up, and declare, "Damn. That hurt a lot, but I'm going in again because this is essential to me."

The 3 Stages Of Dealing With Your Failures

There isn't a step-by-step guide for dealing with failure, but there is one you can take.

Reckoning is the first stage. Here, we identify the emotions that come with failure and become interested in impacting our thinking and behavior.

It's important to note that this is the polar opposite of ignoring and refusing to discuss these feelings, which most of us are prone to do.

How do you know when you're experiencing these feelings?

You'll tend to feel a knot in your gut, desire to devour an entire box of Oreos in one sitting or want to beat your fist against a stone wall. Or maybe they're all doing it at the same time.

If you're feeling this way, it's a good sign that you should pay attention to what's happening.

According to studies, most people are not particularly adept at properly recognizing the emotions they are experiencing at any one time. The good news is that we don't need to pinpoint our emotions precisely; all we need to do is acknowledge that we are experiencing them.

Then you need to start looking into what's going on and why it's happening.

The "Rumble" is the second stage, in which we confront the narratives we make up about ourselves as a result of our fight.

For example, when we fail, a typical tale we tell ourselves is that "I'm not good enough."

That may be accurate in certain cases, but most of the time, this is a self-defense mechanism designed to save us from being harmed again. After all, what's the point of getting up and trying again when we're not good enough?

The rumbling is all about figuring out what tale you're making up so you can deal with it appropriately.

Brown proposes that we take the next step and write it down using the six basic phrases in the form below.

The most important part of the process, according to Brown, is simply getting it down on paper. It doesn't have to be flawless.

We can cope now that we've got it down. In this step, we'll ask ourselves some easy questions.

The process will almost certainly teach us that there is a distinction between what we make up about our experiences and reality. This is where you'll find the most important lessons and knowledge.

"The Revolution" is the name of the third and final stage. This is where, as Brown shows, we develop a short conclusion to the tale. A narrative about getting up off the mat, brushing yourself off, and changing your perspective on life in a good, life-affirming way.

This final stage takes a great deal of bravery since you're exposing yourself to the one thing your nature is hard-wired to avoid: being crushed again.

This is a revolutionary transformation, as Brown points out because it radically alters our thinking and beliefs. Rumbling with our story and owning it to write a different, incredibly brave ending transforms our relationship with the world.

How to Rumble with Criticism

Let's take a look at a specific circumstance that you'll almost surely encounter if you're attempting to achieve anything remotely game-changing in your business or life: being criticized by others. Especially those in the cheap seats that are watching the game.

How you respond to this criticism — how you wrestle with it — will greatly influence your life's direction.

When it comes to coping with criticism, there are three traps we might fall into.

Brown's answer is to be quite clear about whose opinions are truly important. Take a one-inch-by-one-inch bit of paper and jot down the names of the people who mean the most to you right now. You should tighten up the list if you feel tempted to cheat by expanding the amount of the paper.

These are the individuals who should love you despite your flaws and vulnerabilities, not because of them. These are the folks who will be there for you when you fail (did I mention it's almost certain?), affirm that it's terrible that you failed, and then kindly remind you that you're a courageous badass about to enter the ring again.

That, in a nutshell, is the greatest gift you could give yourself.