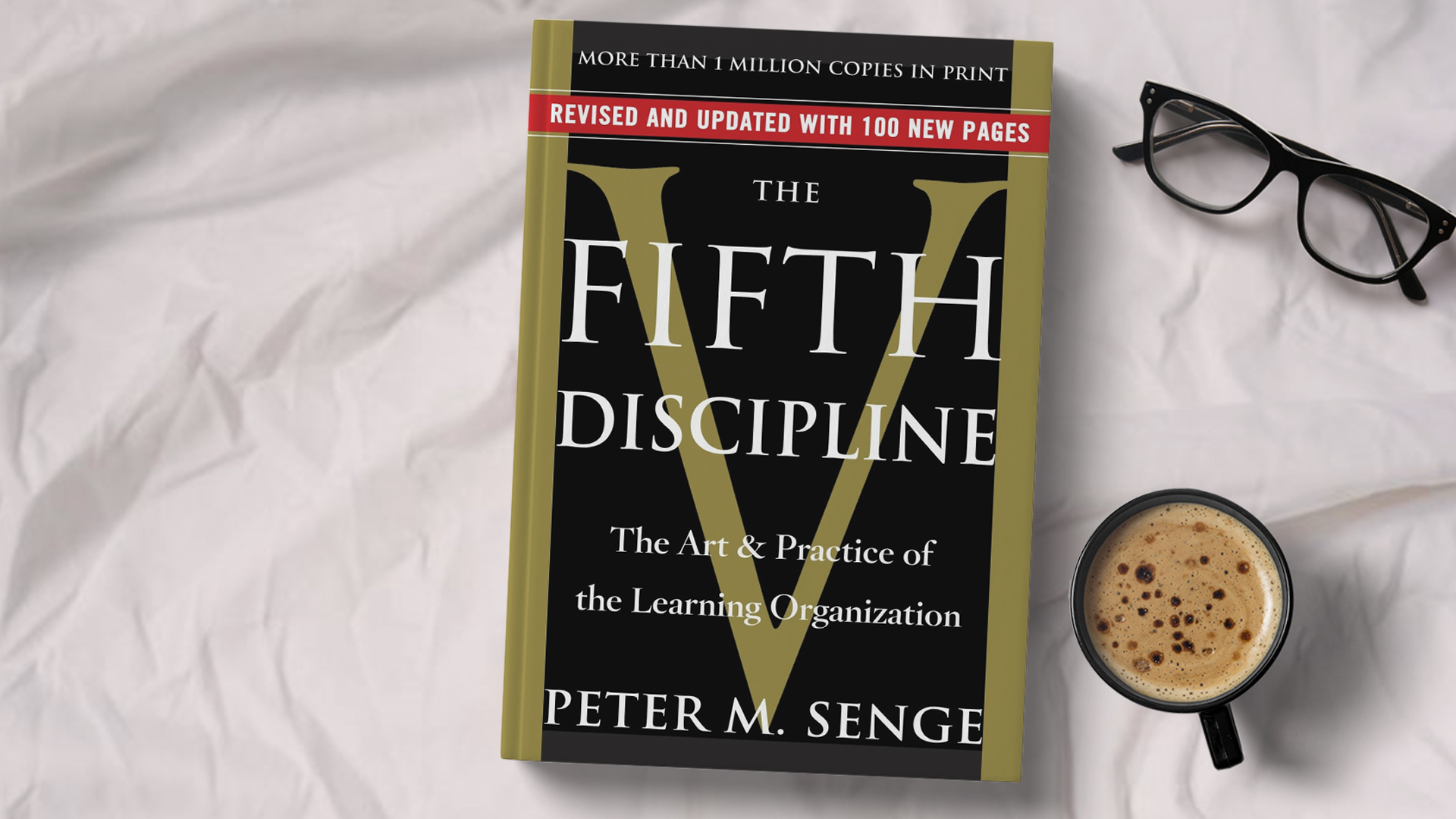 When it was first published, Peter Senge's The Fifth Discipline was an arrow across the bow of management thought. It argues that employees should work longer hours to get better outcomes.

His reasoning was that a learning organization is better for doing things. He defines it as an organization that attempts to enable and foster learning at all levels of a corporation to continuously reinvent itself.

While management theories have advanced since then (with an emphasis on areas like emotional intelligence), the practice in certain businesses is likely to remain unchanged.

Because of this, our economy and markets appear to alter every week; his message is as important now as it was then.

This is one of those works that need several readings to fully get the argument and answers, but the result is well worth the effort.

Let's get this discussion started.

Organizations Are Complex Systems, and Why That Matters

Companies' ideas are extremely complex—that's the heart of Senge's claim.

You've probably heard of the butterfly effect. It describes how the flapping of a faraway butterfly's wings many weeks earlier might affect the path of a tornado, and you know what it implies.

Small actions can have big consequences.

However, in business, these little factors are frequently concealed within a sophisticated system that none of us have been taught to examine and comprehend.

Senge claims that the system's structure has an impact on human behavior. Different individuals in the same network create qualitatively comparable outputs most of the time.

While it's easy to point the finger at someone or something, the problem is typically due to how the game (or system) was designed.

To make things even more complicated, since we are a component of the system, the structure of human systems—the way we interact with one another—is incredibly nuanced. We're the fish who don't realize they're in the water.

But herein is our salvation: as members of the system, we can change the institutions we operate.

Problems Created by Human Beings (Or, Your Organization Has a Learning Disability)

So since we know we live in a complicated system that we can't see, let's look at some of the problems it causes.

The following are the seven things that prevent companies from achieving their goals:

Thus, it is the environment we all live in. To some extent.

But now that you're aware of the issues that arise when humans interact with a complicated system, you can begin to see how the five disciplines may help you overcome them.

Systems thinking is the adhesive that unites the five disciplines necessary to form a learning organization. For this sense, Senge refers to it as The Fifth Discipline.

Systems thinking may be a strong lever by finding leverage points, allowing even the slightest efforts to make a large effect.

Any complicated issue has numerous layers of explanation, all of which is true somehow.

The third, systemic level, is the best place to concentrate your efforts (if you want actual results).

However, to do so, you must first grasp the mechanics of systems. Fortunately for us, Senge breaks it down into...

The 11 Laws of the Fifth Discipline

The 11 Laws describe how systems function, but unless you can recognize a complex system in action and what to do about it, the 11 laws will offer little help.

Understanding the Archetypes of Systems

The majority of event-controlling patterns are predictable. Therefore, detecting them and deciding what to do about them is much easier.

As Senge argues, an organization can turn into a learning organization after recognizing these systems and finding out how to deal with them. Any learning that does not address systems thinking is superficial and will inevitably fail you in the long term.

These 9 archetypes keep reappearing, along with brief suggestions on dealing with them if you see a pattern.

Let's now look at the other aspects of a learning organization.

Organizations learn exclusively via individuals who learn, as Senge puts it. And learning isn't about gaining more knowledge; it's about improving our capacity to achieve the outcomes we really desire in life.

Personal mastery must become a discipline—that is, an activity we incorporate into our life—by adhering to a set of guidelines, which include:

Mental models help us comprehend our surroundings. We utilize them because it's the only means to make sense of the immensely complicated world around us.

While these are extremely beneficial in helping us get on with our lives, they also create issues that we must overcome.

For example, we frequently extrapolate from our observations: "I've only ever seen white swans; thus all swans must be white."

The first technique we may use is reflective practice, which is thinking about what we're thinking and testing our mental models to determine if they're correct in that situation.

The second approach we may apply is investigating professed theory vs. theory-in-practice. We frequently claim to function on one mental model while working on a different one.

For example, I could argue that everyone is trustworthy. Yet, I never give money to friends and closely secure my belongings. The idea is to find any holes in the espoused theory and ask yourself if you truly value the espoused theory.

We may employ the third and last tactic that mental models do not need to be agreed upon. Nor should you require that one mental model be used in any given circumstance.

Many models might exist simultaneously, even if they contradict one another. The goal is for them to be considered and compared to situations that arise, where true learning takes place.

These views are formed by the personal visions of those who work in your company. If your employees don't have their very own unique idea, all they can do is "sign up" for yours. That will result in compliance rather than commitment.

As Senge points out, building a common vision must be recognized as a core feature of leaders' everyday jobs. It's a never-ending cycle. They take time to manifest and are most commonly the result of discussions about personal visions.

One successful CEO put it this way:

"My job, fundamentally, is listening to what the organization is trying to say, and then making sure that it is forcefully articulated."

Finally, you want employees in your company to choose whether or not to follow the vision. You might be able to get them to agree in the short term, but there's nothing you can do to get them to commit if they don't believe in it.

Team learning, according to Senge, is the process of aligning and strengthening a team's capacity to provide the outcomes that its members actually desire.

There are three important characteristics inside companies to make this happen.

First and foremost, there is a requirement to think critically about complicated situations.

To accomplish so, teams must harness the ability of many brains to be more intelligent than a single mind. In a moment, we'll go through how to do it in further detail.

In companies that achieve this right, each team member is aware of the other team members' activities and can be depended on to act in a manner that complements one another's.

It is not enough for high management to operate in this manner; everyone must act like this.

The distinction between conversation and debate is one aspect of team learning that supports more than any other in ensuring that those three elements are addressed.

A conversation involves a free and creative study of complicated and sensitive subjects, as well as a profound "listening" to one another and the suspension of one's own opinions.

Different points of view are offered and defended throughout a conversation. The best point of view is sought to support judgments that must be taken at this time.

While most businesses excel at having conversations, they struggle to maintain a dialogue.

As Senge notes, there are three prerequisites for having a dialogue:

You'll soon become a learning company if you have regular conversations with your team about what is true and what to do about it.

The world is far more complicated than we give it credit for. Learning about it on a much deeper level and then aligning your organization's resources toward attaining your goals in light of the reality will put you on the road to success.

It won't be simple. But, on the other hand, if it were simple...