Book Summary: The Five Dysfunctions Of A Team 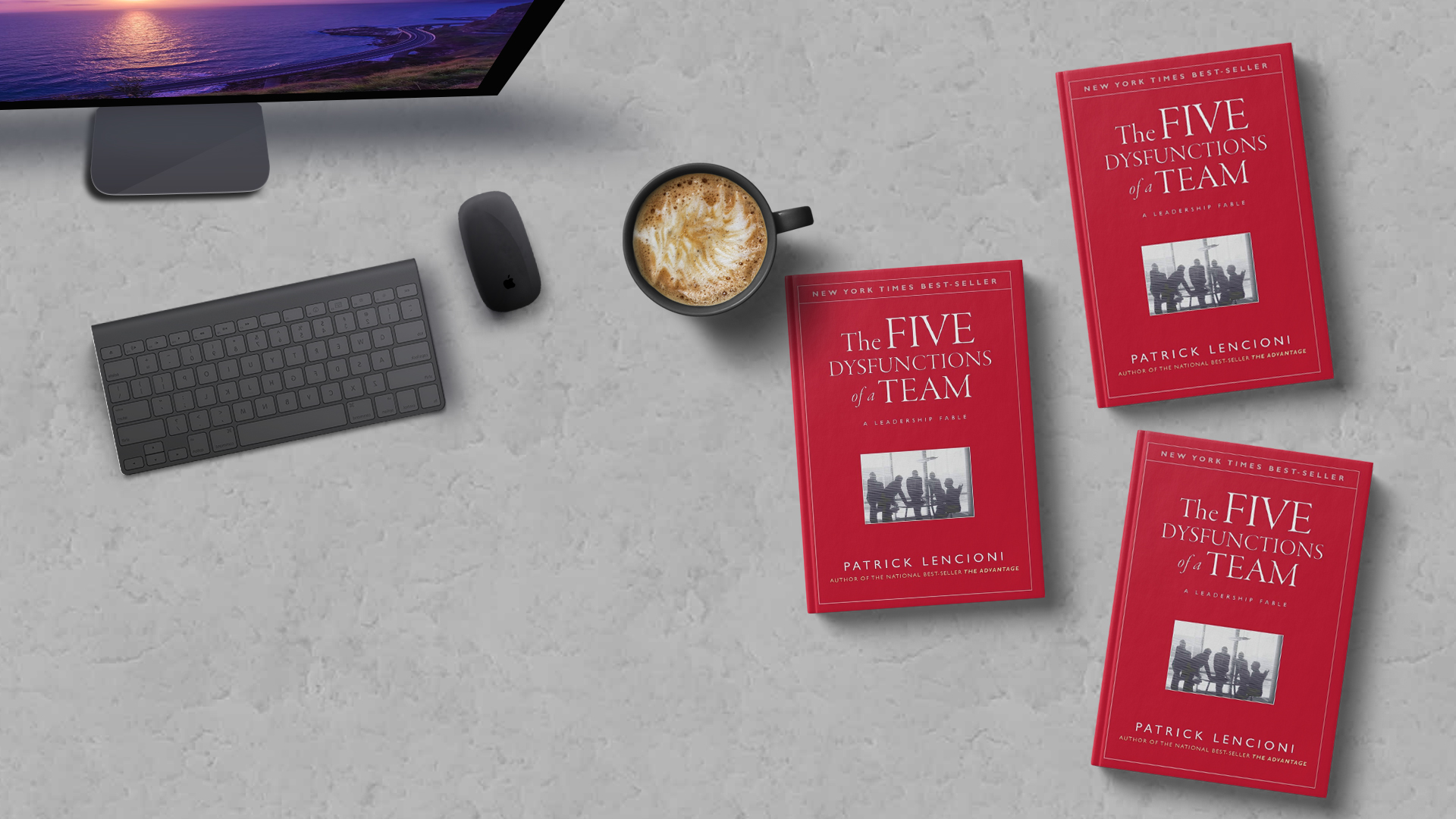 The founder of a firm (that developed to a profit of over a billion dollars) once said:

"If you could get all the people in an organization rowing in the same direction, you could dominate any industry, in any market, against any competition, at any time."

This, like anything worthwhile in life, is far easier said than done, especially because teams are made up of people, and people are the most complex and dysfunctional animals in the world.

While each team is unique, they all face the same problems, which they must deal with regularly.

In his book The Five Dysfunctions of a Team, author Patrick Lencioni delves deeper into these common dysfunctions and how they affect teams.

When it comes to getting your team to "row in the same direction," Lencioni delves into the core causes of all the issues you could face as a leader.

Let's look at each of the five dysfunctions and see what you can do as a leader to address them so that you may achieve your biggest objectives.

The absence of trust among your group members is the first problem.

As Lencioni points out, trust is one of those terms that has lost part of its meaning due to its overuse.

He defines it as "confidence among team members that their peers' motives are good, and that there is no reason to be protective or careful around the group."

The fundamental cause of this first dysfunction, according to this description, is most people's unwillingness to appear vulnerable in front of the group. Most people have a natural propensity to hide their flaws and faults from their peers and employers.

Overcoming a Lack of Trust

There are a few things you may do to overcome your team's lack of trust.

A "personal history" for each member of your team, in which each team member contributes facts about themselves, is one of the most effective activities you can perform.

People are considerably more inclined to trust one another when they identify areas where they can connect with their team members (for example, common or shared hobbies).

Consider having your staff participate in one of the many personalities and behavioral preference profile questionnaires available.

Understanding how team members vary from one another might help them develop empathy for one another and collaborate more successfully.

Finally, as a leader, the most essential thing you can do is show vulnerability.

What does this have to do with Dysfunction #2: The Fear of Conflict?

Constructive conflict may be achieved through establishing mutual trust. Teams understand that they may discuss and dispute without the fear of being labeled as disruptive or critical.

The majority of people despise confrontation and want to avoid it at all costs. Unfortunately, it's also one of the leading causes of team dysfunction.

It's critical to distinguish between ideological conflict (the good sort) and destructive bickering and internal politics before we get into the concept of fostering competition (the bad kind).

More of the good kind and less of the wrong type is what we're aiming for here.

Teams that are afraid of conflict:

Teams that engage in conflict:

The most straightforward approach is to openly recognize that conflict is beneficial.

The second stage is to look for and settle any unsolved conflicts among team members. Consider appointing someone to this position.

Encourage your team members to have the freedom to engage in constructive arguments with one another. If they're avoiding a difficult topic, help them understand that what they're doing is vital and required for the team's success.

Finally, when it comes to dispute resolution, as a leader, you should use caution. Because confrontation is unpleasant, we have a natural desire to avoid it. When constructive conflict is occurring, resist the urge to intervene.

What does this have to do with Dysfunction #3: Lack of Commitment?

When team members feel free to engage in meaningful discussion, they are more likely to commit and buy into a decision, even if they disagree with it, since they feel heard.

Commitment on a team is based on two factors: clarity and buy-in. Great events can occur if there is clarity around decisions and buy-in from the team on what those decisions need.

A team that fails to commit:

Overcoming a Lack of Commitment

End each meeting with a thorough discussion of the main choices taken during the session. This includes the agreement on what needs to be conveyed to other team members. This is one of the most beneficial things you can do.

This should take you at least 10 minutes to complete properly and is crucial to your productivity.

Creating timelines around choices is another discipline that can help you overcome a lack of commitment. Set a timeframe for when you'll make a choice if you have any outstanding decisions to make, and adhere to it.

You may also include contingency plans in your conversations to ensure that everyone understands what would happen if you make the wrong decision. Teams will sometimes refuse to commit because they haven't contemplated the ramifications of something going wrong.

If your workforce is genuinely averse to making commitments, begin by allowing them to make judgments in low-risk scenarios.

Finally, as a leader, you must be at ease with making judgments that turn out to be incorrect.

What does this have to do with Dysfunction #4: Avoidance of Accountability?

Team members are far more likely to hold one another responsible when choices and promises are announced publicly.

Peer pressure, according to Lencioni, is the most effective and efficient way of sustaining high standards on a team.

A group that avoids taking responsibility:

A team that holds each other accountable:

Overcoming a Lack of Accountability

The first and most apparent thing you can do is publicly state what the team needs to accomplish and what each team member must do to that end.

Then, easy and frequent progress evaluations will guarantee that everyone is working toward the goals you've set as a group.

You could also want to explore moving rewards away from individual performance and toward team accomplishment. Why? So that individuals feel compelled to guarantee that not just their own performance is up to par, but that their teammates are as well.

If and when the team fails, your duty as a leader will be to serve as the final arbitrator of discipline. These occurrences should be few and far between if the culture has been properly established.

How does this relate to Dysfunction #5: Inattention to Results?

When team members really aren't held accountable for their work, they are more likely to focus on their personal needs and desires rather than the team's results.

Inattention to results, according to Lencioni, is the ultimate team dysfunction. Team members are more likely to be concerned with anything other than the team's common goals in this situation.

There are several reasons why team members may be more concerned with anything other than outcomes.

For some people, simply being a member of the team is enough to keep them happy. Others are more concerned with their personal career and prestige than with the team's accomplishments.

Whatever the cause, having this 'disease' on your team assures that everything will fall apart.

A team that isn't focused on results:

A team that is focused on outcomes:

To overcome this dysfunction, you may do a few things, but the most essential is to publicly disclose your outcomes.

Teams who are willing to publicly commit to results will frequently go to great lengths to achieve them. This will be reinforced with a public scoreboard that is accessible to everyone on your team.

Consider linking compensation and awards to the fulfillment of those shared goals after you've done that. Your duty as a leader is to provide an example of results-oriented behavior.

If your team members sense that you are focused on anything other than outcomes, they will believe they can do the same.